Mental health disorders are conditions that are characterized by alterations in thinking, mood, and behavior. Such disorders vary in degree of severity, ranging from mild to moderate to severe. When not properly treated, mental health disorders can contribute to a host of problems, including issues in daily life, school, work, and relationships, and is the leading cause of disability in the U.S.

According to the Centers for Disease Control and Prevention (CDC), more than 50 percent of Americans will be diagnosed with a mental illness or disorder at some point in their lifetime, and one in five Americans experience a mental illness in a given year. Additionally, one in 25 Americans lives with a serious mental illness, such as major depressive disorder, schizophrenia, or bipolar disorder.

The COVID-19 pandemic has exposed a growing mental health crisis in our country that has left many experiencing an increase in untreated depression symptoms, anxiety, and other mental health challenges. As Americans attempt to transition back to normal life,  patients with mental health disorders need broad access to medically necessary treatments to manage their mental health and overall quality of life.

Non-medical switching occurs when an insurer or pharmacy benefit manager (PBM) stops covering a medication, increases out-of-pocket costs for a treatment, or makes other negative changes after the plan year has begun. As a result, a stable patient can no longer afford his or her current medication and may be forced to switch to a different medication that is less effective for that particular patient. Health insurers and PBMs can engage in changes that result in non-medical switching at any point during the plan year. Yet, patients have no ability to change their plan.

Health insurers and PBMs often make coverage changes in an effort to increase their own profits. Oftentimes, that means the patient needs to switch to an older, less effective version of a drug. The insurer-preferred drug may not even be in the same class or category as the provider- prescribed drug.

Impact of Non-Medical Switching on Patients with Mental Health Disorders

Patients with a mental health disorder rely on their health plans to access and adhere to their prescribed medications and manage their overall health. Yet, payers are free to enact sudden and potentially harmful coverage changes at any point in the plan year. These changes can cause stable patients to ration their medication, stop adhering to their treatment regimen, or switch treatments for non-medical reasons.

Non-medical switching can be detrimental to a patient’s health and financial well-being, neglects shared decision-making that takes place between a patient and their healthcare provider, and can increase costs to the patient, payer, and the healthcare system. This type of bait-and-switch activity is also a consumer protection concern. Amid a growing mental health crisis in our country that has left many people vulnerable, it is critical that patients have broad access to the most effective treatments to manage their mental health. Payers that maintain broad and consistent access to the most effective mental health treatments empower patients to adhere to their medication and improve their overall quality of life.

AMHCA is committed to the following principles:

AMHCA members include a diverse group of like-minded organizations and individuals working toward the common goal of protecting access to treatment for stable patients with mental health disorders. These include patient advocacy groups, health policy organizations, and professional associations.

AMHCA is spearheaded by Aimed Alliance and the Alliance for Patient Access (AfPA).

Aimed Alliance is a 501(c)(3) non-profit health policy organization that works to protect and enhance the rights of health care consumers and providers. We achieve this mission by conducting legal research and analysis; developing sound, patient-centered policy recommendations; and disseminating its findings to inform policymakers and increase public awareness.

Founded in 2006, the Alliance for Patient Access is a national network of physicians dedicated to ensuring patient access to approved therapies and appropriate clinical care. AfPA accomplishes this mission by recruiting, training and mobilizing policy-minded physicians to be effective advocates for patient access. 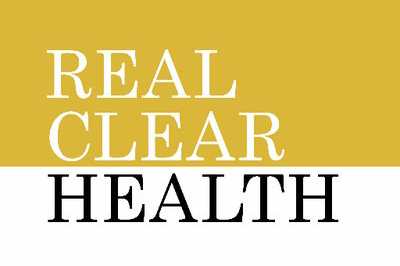